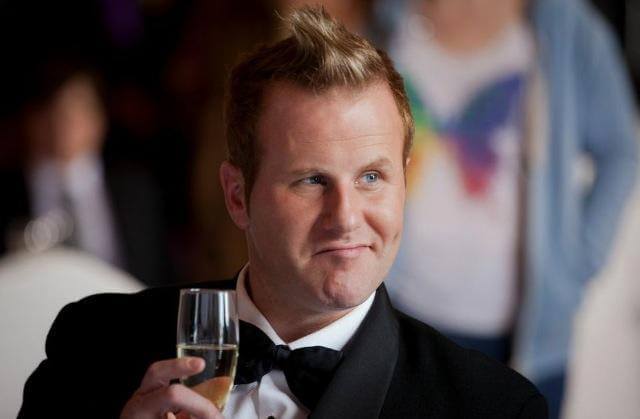 After a successful Edinburgh Fringe festival Tom O’Mahony is one of the busiest comedians on the Irish circuit. A regular star as the character “Tarquin” on RTE’s Republic of Telly in the Damo & Ivor series. Tom takes the audience on a unique comedic journey that truly brings the house down every time he performs.

We grilled Tom in advance of his gig at the Civic Theatre on Sunday, 12th April.

Where did you grow up?
I could say, West Philadelphia, born and raised…. But in actual fact it was the agricultural surroundings of South Tipperary.

Tell me how comedy started for you?
I was tricked! I told a woman I worked with a funny story (it was an insane rant), she laughed so hard she burst a vessel in her nose. Oddly she took this as a talent and secretly signed me up to an open mic in Cork.

When did you know it was what you wanted to do?
From the very first gig! Nothing can compare you for the adrenaline rush you get when you stand on a stage in a crowded room with a mic in your hand. I’ve shot guns, been punched in the face, driven fast cars and even milked an emu but I’m at my happiest on stage.

Were you always funny?
My Mum thinks so! Seriously though, being brought up in a house where everyone thinks they’re a comedian, you better think fast if you want to survive a Sunday dinner at mine! (kind of like the Tackleberry family in Police Academy).

What would you be doing if you weren’t a comedian?
I’ve done a variance of weird jobs, from artificial insemination for pigs to super car instructor. Most likely I’d still be in construction covered in dirt and shouting at people like a lunatic (so yeah, not too dissimilar to comedy).

Have you ever had an embarrassing moment on stage?
If nothing else, stand up comedy teaches you to hang up any normal levels of shame. Rather than most embarrassing probably my most weird was at a gig in Co. Cork where two guys in the front row had decided to bring their shot guns and freshly hunted dead rabbits into the gig with them. I was left with no choice but to embrace the weirdness, take one of the unloaded guns and point it at the audience every so often. It turned out to be a great night!

Who is your biggest inspiration?
Not to sound like too much of a suck (because I worked with him in Damo & Ivor) but Rik Mayall is probably my earliest and biggest influence. The guy was hilarious and professional from beginning to end. They say never meet your heroes, but meeting Captain Flashheart totally contradicted that.

Do you have a favourite one liner joke?
Stewart Frances: “This one goes out to my father, who was a roofer. So dad, if your up there.”

What can audiences expect from your gig at the Civic Theatre?
This ones a gloves off, gum shield in, punch in the head with absolutely zero correctness. People can vicariously live their inner psycho through me for an entire hour.